In the Interactive Media grad program at USC, we initially spent some classroom time debating things like “what is game design” and “are games art,” but mostly just to get it out of our systems.  With game design a relatively new field, the best way to learn and improve is simply to do it: to make as many games as possible, ones that succeed and ones that fail, each with its own cycles of analysis and improvement.

Over the years, I’ve self-published seven indie games, shown three other demos at festivals, and created dozens more for game jams and academic projects.  During my time at TechSmart, I’ve designed over a hundred smaller-scale games for young students to code and customize.  I’ve honed my instincts and refined my process, and I feel prepared to tackle any design problems across the constellation of action and strategy genres. 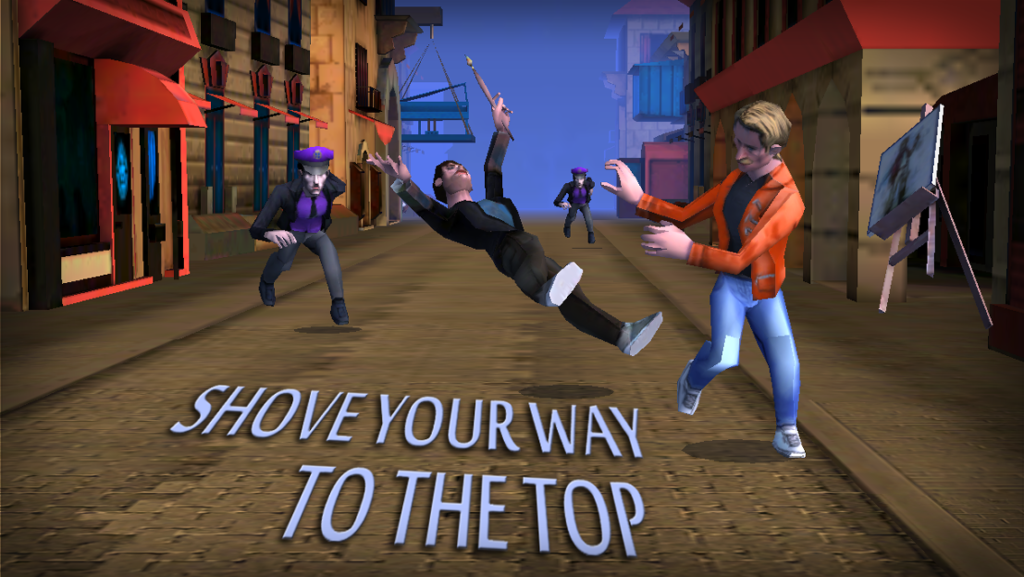 Out of the games I’ve made, Shove Pro required the most work to get the feel of the gameplay correct.  The slow-motion when you enter a shove, the way players can target either individual limbs or the center of mass depending on where they click, the little bumps in force when bystanders collide to facilitate chain reactions – lots of small design improvements were necessary for the game to work at all, and each of them had to be tuned and refined to feel “right.”

Besides co-designing the moment-to-moment gameplay of Shove Pro, I also balanced the economy: leveling up, completing missions, earning currency, and spending it on unlockables.  For our experimental free-to-play version Shove Pro: Producer’s Cut, I used analytics to optimize these systems for a F2P economy. 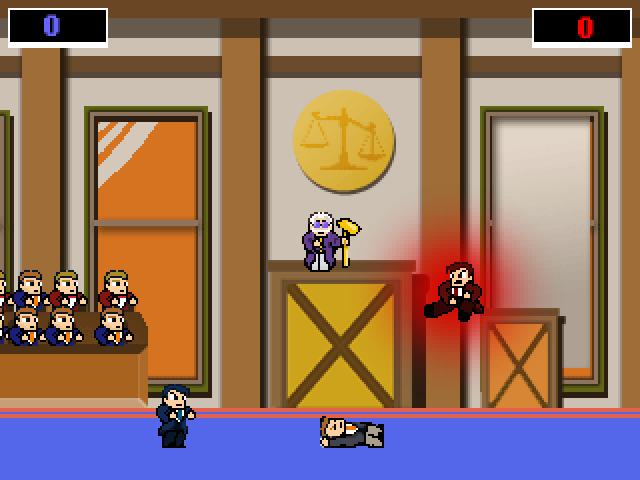 Jumpkick Justice is a quick game that takes about five minutes for two players.  It demonstrates how the same simple mechanics can be used to express many different things.  With just movement, jumping, and two types of kick, JKJ recreates all the key parts of the trial process.  These gameplay variations create the narrative of the trial, and keep the game unpredictable and entertaining.

Because of that, I’d propose Jumpkick Justice as the game that most concisely shows my ability to creatively get all the mileage possible out of game mechanics.

Alphabeats is the most polished game I’ve designed and developed.  From the way that the letters are pseudorandomly weighted for usefulness to the way your paddle “dances” when you move your cursor insufficiently to change position, the design focuses on making a difficult game more accessible.

Safari Rescue took a lot of tinkering to get the physics just the right level of janky without being unplayable.

Despite its narrative focus, Astronaut: The Best has novel enough management gameplay that it has required a great deal of UX innovation and systems balance.

I also recommend scanning the Ephemera page to get a sense of the breadth of games I’ve designed.