As much as I love creating both gameplay and narrative, the part of game development I feel most strongly about is connecting the two.  I love it when a game takes advantages of all its affordances to tell a story in unexpected places.  When a story doesn’t merely justify gameplay, but recontextualizes the players’ actions and imbues them with meaning.  When a game presents a complex scenario, and lets the player understand it through play.  As narrative designer, I strive to create these dynamics by searching for every opportunity for gameplay and narrative to benefit one another, and galvanizing the team to make it possible. 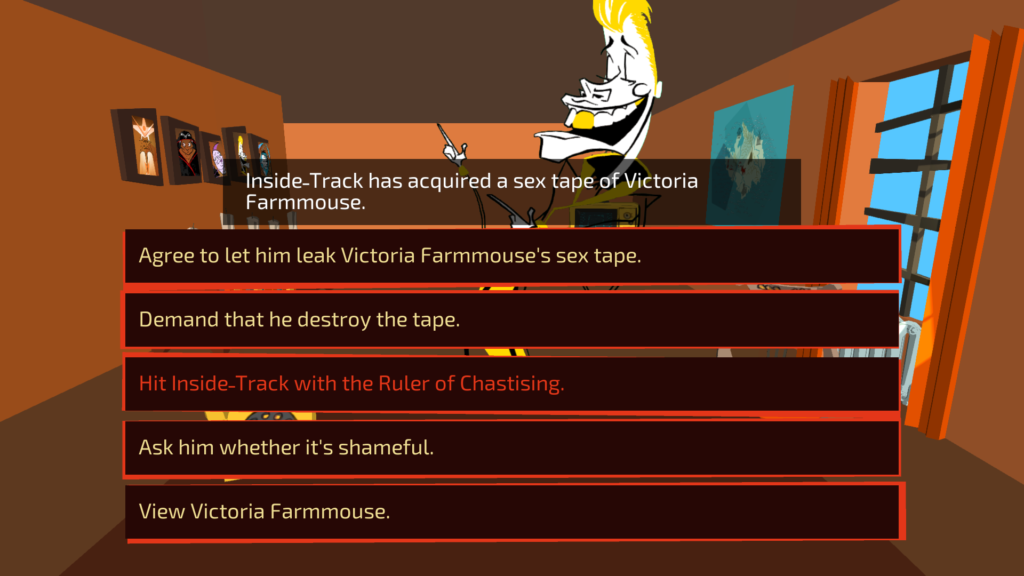 Astronaut: The Best is filled with delicious narrative decisions atop a wafer of strategy gameplay, marinated in a surreal and comedic style. The tone accentuates the piquant fun of failure’s consequences, while procedural astronauts and events give every player a chance to bungle their own personal custom disaster.

Behind AtB‘s cartoon surrealism is a complex game system where narrative shines through in unexpected ways.  Astronauts aren’t just collections of stats, but rich personality traits that can be more useful (or embarrassing) than they first seem.  A story event can seamlessly give way to a revelation about your astronaut’s personality, and the consequences of your decisions can rear their head at the most surprising of times.

Astronaut: The Best‘s narrative design was recognized by the master storytellers at Failbetter Games, who chose it for their Fundbetter pilot program.  Its magically unpredictable systems have been praised by audiences at the PAX West Indie MEGABOOTH and the EGX Leftfield Collection, where The Guardian named it one of their top games of the show.  (It is still in development, and should be released sometime next year.) 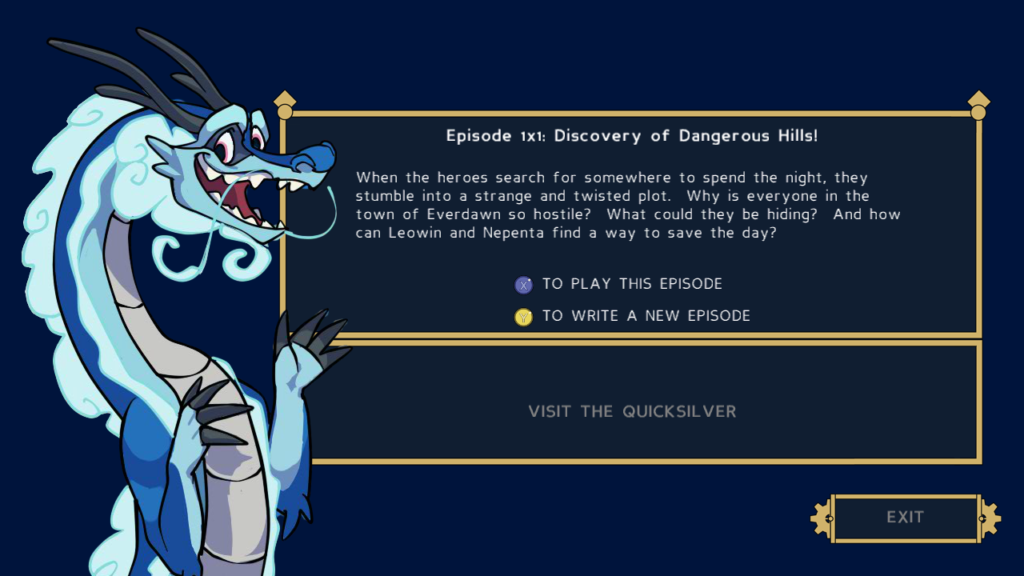 During my years in grad school, I focused primarily on the field of computer storytelling and procedural narrative.  After extensive research on how both commercial and academic games approach the problem, I designed the Phoenix Engine, which can dynamically create branching gameplay narratives based on Saturday morning cartoons.

Since then, I’ve worked more on how best to integrate procedural narrative into gameplay.  It’s most visible in the aforementioned Astronaut: The Best and the highly randomized text adventure Ghosts of Christmas _____, but even in arcadey action titles such as Shove Pro and Jumpkick Justice, I integrated a toy mediocre-movie-maker and court-case-creator respectively.  I’ve also done narrative design consulting for a startup interested in procedural storytelling.

Wintermoor Tactics Club mixes tactical RPG gameplay with a story about hanging out and making friends in high school.  I co-designed many of its narrative systems, including: the player customizing their own tabletop campaigns, sidequests unlocking upgrades, and player decisions having unexpected and humorous consequences later in the game.

The Moonlighters Festival Demo contains playable cutscenes, spacial conversation mechanics, customizable acting capers, and other innovative intersections of narrative and design.  If you’re not convinced by the nice quotes and trailer, you can Email Me to request a copy of the full demo.